The Magical world has indeed exploded for me in rather surprisingly consistent episodes of work, achievement and continued exploration.  I have not kept up with this blog as well as I should...or will have liked but I do have another WORD PRESS blog as well as a FACE BOOK PAGE and FACE BOOK profile...all of which I've been trying to keep updated. Grated the face book page has received the most attention because...well its easier and I'm on there more frequently. 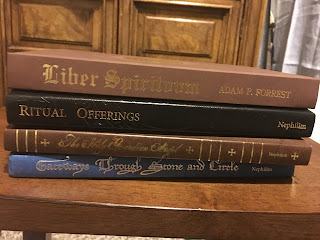 For those of you who look into this blog from time to time. I have had some more publications come out.  I have switched publishers for the time being and have been working with AZOTH Press.  I recently contributed to their début book LIBER SPIRITUUM which is an excellent anthology of fellow magicians such as myself sharing their personal expertise. 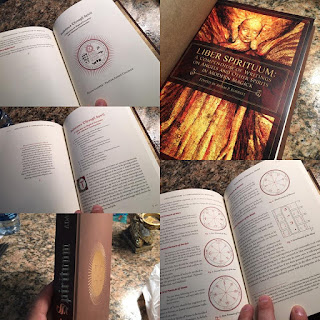 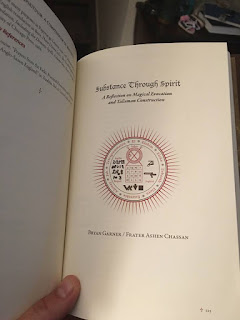 Well,  time, long in anticipation is now at hand :). AZOTH PRESS launched  the official promotion and preorders for my next publication and legacy of my magical career!
http://www.miskatonicbooks.com/GATEWAYS-THROUGH-LIGHT-and-SHADOW-by-Frater-Ashen-Chassan-Signed-Limited-Edition-Hardcover.html

Within the pages of "Gateways Through Light and Shadow", I reveal the entirety of magical experiments which are around 30 unique experiments. Each of the records contain several evocations and magical experiments which were conducted over the span of four consecutive years. Each magical experiment was transcribed directly from audio recordings of the actual evocations. Accurate word for word record is entered into this magical record. Each evocation and experiment lasted an hour or more with detailed and in depth responses to questions which were put to the spirits. In most cases I asked the Angels and spirits questions which have been mysteries and enigmas, never before revealed in occult literature. A few of the opening questions were:
1. What is your origin and source. Can you tell us of this?
2. Is what the grimoires and historical text (if relevant Bible) say about you is true?
3. What is your true nature and workings with humanity? How do you consider humanity?
4. Are there any new talismans, spells, charms you can impart to us to harness the full benefit of your office(es)?
5. What are the best ways to contact you and work with you?
The seven planetary archangels are conjured, this time being revealed (scryed) by my magical partner with his exact relations and translations of their responses. Exquisite detail of his visions and experiences are recorded to give the reader a profound picture of the majesty and wonderment these beings exhibit. The responses my scryer and I received astounded us and left us in awe. We often discussed the workings hours after the actual operation and I include much of these conversations and debriefing as well. Without a doubt I believe the work my scryer and I have done has shed new light into the occult community.

To give you a taste of what you can expect in GATEWAYS THROUGH LIGHT AND SHADOW, allow me to share a bit of what the book will contain:

The Four Great Elements of Creation.
Exploring the Elements, Invocation and Astral travel through the Four elemental Realms
Elemental Implements.
The Elemental Fire Experience The Elemental Realm of Spirit, the Hospital Ghosts.
A Review of IMPLEMENTS AND MAGICAL TOOLS
Methods of Scrying in Classical magical Evocation
Revisiting The Archangels of the Seven Spheres:
A. Sol -Michael Operation
B. Mercury Raphael Operation
C. Of Jupiter -Sachiel Operation
D. Of Venus - Anael Operation
E. Of Mars- Samael Operation
Grimoire Necromancy Formula
Necromancy: The Skull Spirit Intelligencer
Of Saturn- Cassiel Operation
THE PREPARATION OF THE SKULL for the Familiar Spirit:
Of the Moon- Gabriel Operation
The CONJURATIONS of the SUPER-CELESTIAL ANGELS
Of Archangel Uriel- Uriel Operation
Sandalphon Operation
Of Metateon- Metareon Operation
Preparation for the Invocation of the Four Directional Governors or The "Four kings of the four corners of the Earth"
Oriens King of the East Operation
Amaymon, King of the South Operation.
Paymon, King of the West Operation.
Egyn King of the North Operation.
THE OLYMPIC SPIRITS: The PLANETARY SPIRITS OF THE ARBATEL
Archangel Raziel Operation
Scrying instruction from my scryer!
-Detailed instructions and relations on how each of the four elemental implements, as well as their unique consecration methods are included.
Step by step instruction and relation of how to assist a skryer or magical partner though hypnotic methods using classical forms of ritual/ceremonial magic and guiding them through astral experiences.
- Relations of my scryer journeying through the four primary elemental realms of classical occultism.
- Detailed paranormal investigation via the use of necromancy and ritual magic.
- The full process and experience of conjuring a spirit into a ritually prepared, actual human skull. The identity, process and continual council of the spirit after the successful operation.
- New magical talisman methods and creation as dictated by the spirits.
- Identities, origins, offices, natures, images, and council from The Seven planetary Archangels plus archangels Uriel, Sandalphon, and Metatron.
- Identities, origins, offices, natures, images, and council from The seven Olympic spirits.
This book will contain the treasures and outcome of experiences of my magical career this far. I am very much looking forward to you being able to share in my adventures. 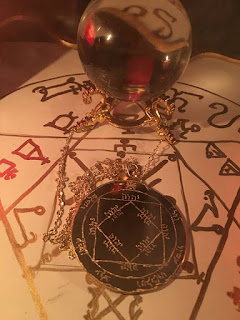