So an interesting follow up to my post I did shortly after I moved into my new house: http://bryanashen.blogspot.com/2013_08_01_archive.html 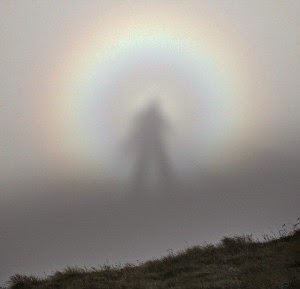 It’s hard to believe it has been over a year! And What a year! I was so worried that my smaller magical room would dampen or dissuade me from consistent magical working …and boy was I wrong. Hands down, the most successful magical operations I have conducted to date has been in my “new” magical chamber. The modest sized room has been the location for the majority of the material which my next book will be about. Archangels, spirit kings, ghosts and elementals, all contacted in no subtle way in that room. Funny how things work out. Not only did I have a suitable place for magical workings, I also received first hand results on how a house and area can indeed be cleared by magical, albeit holy workings.
A quick synopsis for those not wanting to read or reread my post about clearing the house after we first moved in: The very night of the move we immediately began having haunting type activity to the point where no one could sleep very well and my wife demanded I do a clearing as soon as possible. Well after a rather intense room to room clearing with magical sword,…and an unexpected encounter with an elongated spirit with blurred, milky white features who demanded I “get all my stuff out”,… it turns out the back-story would right around the corner. 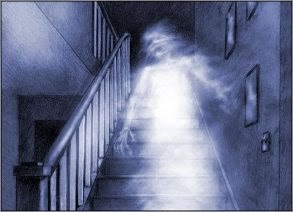 Several months ago, my wife pulled up in front of our house to find one of those plastic and fabric flowers near a tree in our front yard with a message attached t it. The message was an obvious note to someone who had passed away and how much the one who left the flower had missed them. A bit of research done by my wife found the name written on the note matching a one of a previous owner of the house and also a news article. The article outlined a tragedy in which some sort of conflict had broken out where the now deceased man had been in angered state and was firing off rounds in the backyard when police were called. The details which ensued afterward are vague but resulted in the man being shot and killed in the backyard, our backyard now.
Several months after finding the flower and news article my scryer and I were in my magical chamber talking to my –fm- house spirit at its request. My –fm- spirit mentioned to us that the man who had been shot and killed in our backyard should be “called, given a  blessing, and reassessed” at some point in the near future. I thought this was interesting albeit a bit random concerning the main topic we were talking to the spirit for. Also, the spirit thing that appeared (right in my face) didn’t want to talk or reason with me but jest kept issuing orders so I had to send it on its merry-astral way. My –fm- spirit which came along later (and shall be another post), mentioned that it was not a deceased person but a being that came in “from the land” and was rather disliking of people but apparently enjoyed making them angry, spooked, irritable, and so on. 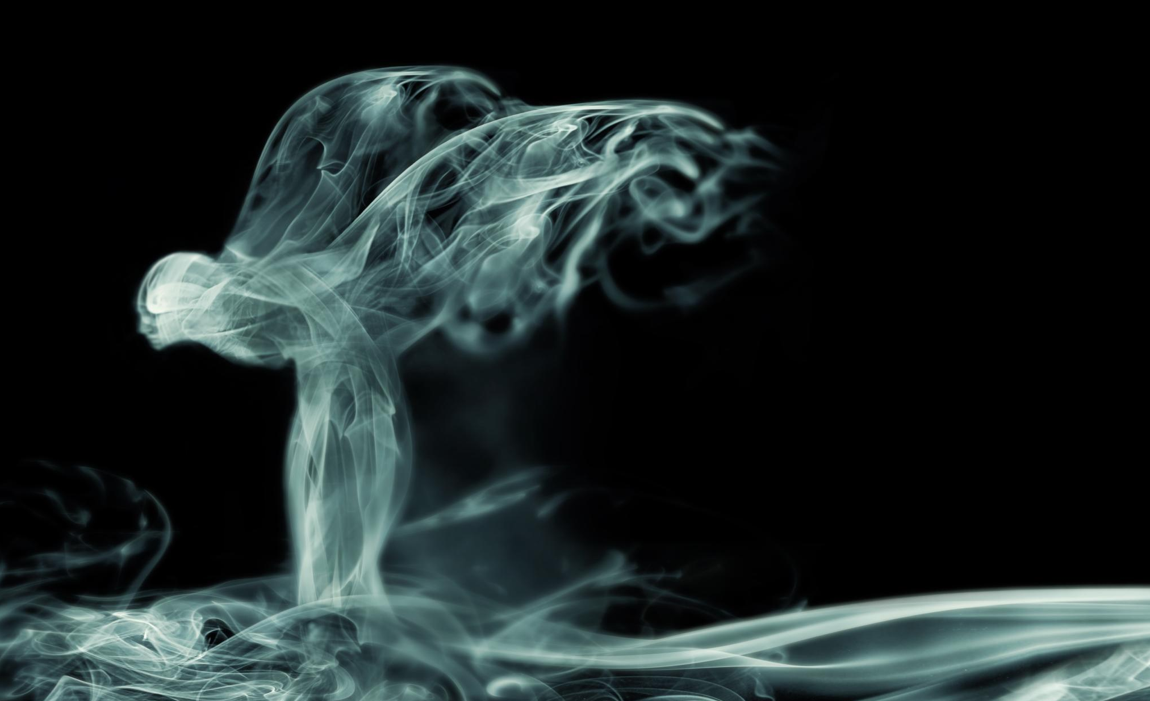 Ironically (or not) my wife and I were contacted by the deceased man’s mother who also lived in the house less than a week later. Apparently she wanted to know if we would allow her in the backyard with some specialist to go over the details of her son’s death and see if there was any provable discrepancies on the side of the officer shooting and killing her son. She also left her number and asked if either my wife or I could call and speak with her concerning this. My wife called the next day and had a rather interesting conversation with the woman.. She at first spoke about the history and the fact that her son had been shot and killed there and was apologetic to break the news to us to which my wife said that she had already found out and was aware of the situation. The woman went on to ask my wife if we had “experienced any unusual phenomena” and described how she had always hear footsteps, find windows in the downstairs open, and other unusually occurrences. Besides this she also remarked how the family were always fighting, how there was always a tension in the air there. My wife said that there had been occurrences but that her husband was sort of an expert in this area and knew how to get rid of it and that the house was peaceful.  …Apparently this woman had already done a bit of background checking on both myself and my wife and found out that I’m a magician  :-0… (it’s really not hard to do these days…ohh well)  Luckily she was not antagonistic towards me or my wife knowing this fact and actually delighted to hear that I had done something about the haunting. I continue to find it rather amusing how the realities of my life tend to play out like a not so boring paranormal occult novel. Not that I’m complaining, but it does make you shake your head and smile at just how interesting life can be and how very few would ever believe it.
Posted by Fra.Ashen Chassan F.:N.:F at 10:33 AM 4 comments: